Ask for Demo
Get A Call Back

Explore Our Java Programming Training Journey Designed Especially For You

Java is a multi-purpose, object-oriented, cross-platform programming language. It was based on the syntax of C and C++ to make it easy for those communities ' programmers to understand.

Java is one of the most commonly used programming languages for developing Web applications and platforms. It was designed for mobility, allowing developers to write software running on any device, regardless of architecture or platform. 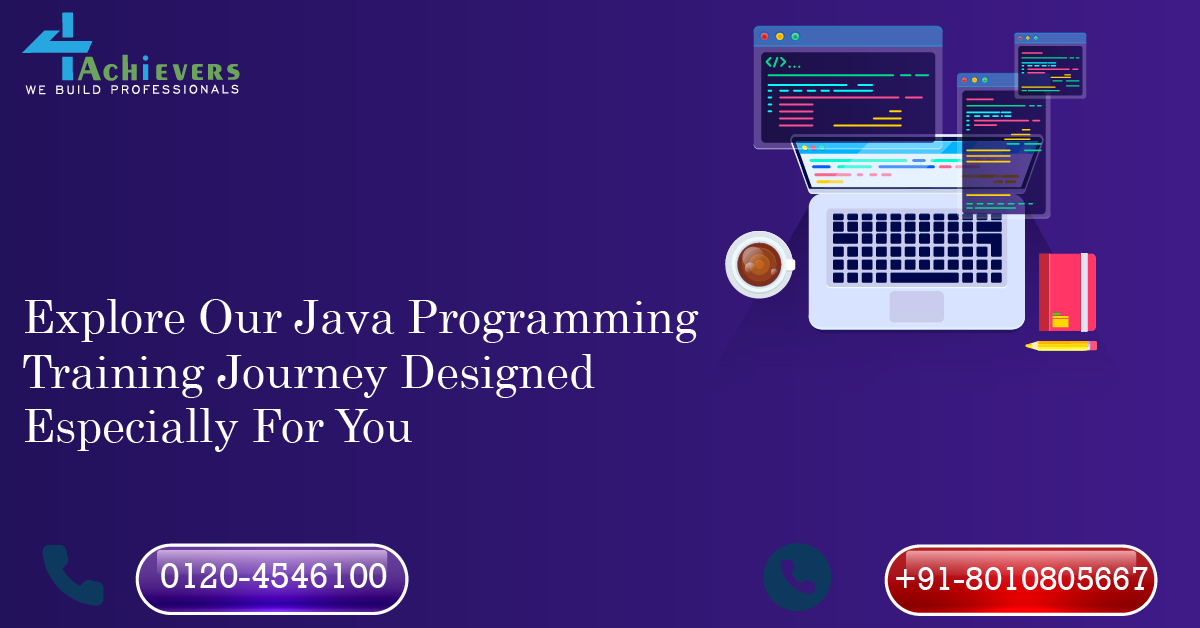 Java is one of the most common programming languages out there, mainly due to its simplicity and compatibility. Java can be used for many things, including software development, mobile applications, and large-scale system development. Most of the market share of all smart-phones runs on Android, the Java-written mobile operating system. Learning Java opens you as a developer a lot of doors.

For candidates who want to be a trained Java programmer, 4Achievers deliver core java classes for the Live Project in Noida.

Are you currently jobless or not in to the right job? Don't worry, we are here to place you.